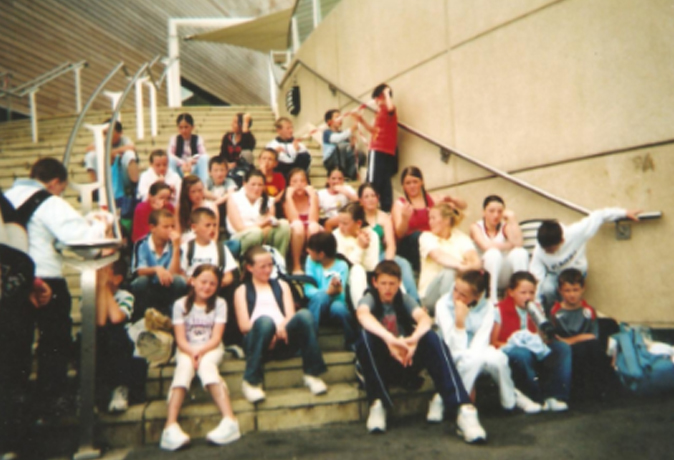 Corduff Youth Club was started in 1988 by Joan Doyle as well known community activist in the area, as a means of getting the kids off the streets. With the help of volunteers and she staff of the Resource Centre she ran the club for a ten year span in the Centre. Joan left in 1998 and Alfie Palmer and Barbara McCann with Philly Walsh took over the running of the club. Philly moved on, while Alfie and Barbara continue to lead it up until today. , some 17 years on. the club has brought much pleasure and fun to the children of the area. It has also empowered many young people by supporting them in their skills and development to take up leadership roles both within the club itself and the wider community.

Over the years the Youth club had adapted and changed to the needs of the younger generation. Some of their activities over the years have included; all night Disco’s in te 90’s with fund-raisers for many worthy causes including: the Old Folks; blue Cross Olympics; Temple Street Hospital; there were many day trips out in the Summer to Bray, Wexford and Dublin Zoo.

Today the club is a cultural mix reflecting very much the reality of the ongoing change in the landscape of Corduff. Many of the older children are in Leadership roles in the club with many others who passed through, returning to help out and give something back to their community. Those who attended the club in its earlier years are now sending their own kids, so we have moved into the next generation. In 2002 it won Community Club of the year. We wish Alfie and Barbara well and continued success and enjoyment through the coming years. Always open to new members, the club meets in Corduff Resource Centre once a week with kids ranging in age from 6-12 years. They pay €1.50 per week which helps toward funding their activities.

This website uses cookies. By clicking 'I Accept' you agree to the use of third-party cookies and other similar technologies to enhance your browsing experience, and analyze and measure your engagement with our content. By continuing to browse this website without modifying your browser settings or preferences, you agree to our use of cookies. You can withdraw your consent at any time